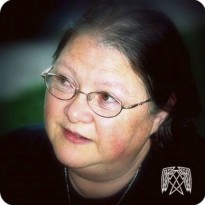 Fifteen-year-old Robert Adams is a normal American teenage boy, with two differences. For one thing, Robert sometimes has dreams that come true. And for another, his grandfather knows the way to a parallel universe. Old Thomas Elliott once told Robert that he must go back to this other land, where he left important tasks unfinished, and Robert vowed to help. But now, Grandfather's health is failing, and Robert must go alone to Pyrrha and finish what the old man began -- if he can.

The Sun Singer is a cut above your typical YA epic fantasy. Robert is an appealing hero, and the other characters in the novel -- in both worlds -- are well-rounded. There's only one elf, and no dwarves or orcs, which is a relief to this somewhat jaded epic fantasy fan. And when magic is afoot, the narrative is often lyrical -- as it should be.

The book ends with a revelation about Robert's family, and the sense that there are more adventures to come. And in fact, I believe the second book in this series is already out. So I'd highly recommend that YA fantasy fans get started on The Sun Singer now.